Opens a cultural space, with the aim of informing and sharing ancestral knowledge and the value of the original culture 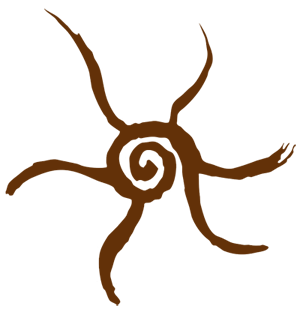 Sangre de América’s strength lies in feeling and a deep respect for our origins, and in an open-minded approach to the wealth of folklore and philosophy about nature that we may once again discover, through our hearts’ highest and most intimate sensitivity.  This allows us to comprehend the historical reasons that led to our heritage of suffering.  By understanding our gods and traditions, we will finally be able to set out upon the road towards longed-for peace, to uncover the mysteries of the geographic isolation in which our land lay until the time of the Conquest.

Many people believe that the only solution to the problems of the indigenous people is cultural and economic assimilation of the global world.  Others prefer to think of these people as strange human races that live in an earthly paradise rather than as members of complex communities that are evolving just like all other human societies.  However, nobody stops to wonder what these people themselves think or desire.

The indigenous continental nation’s only plea is to finally be recognized as one of the complex communities of human beings on this planet, possessing the same rights to own land and make their own decisions as any other modern community.

Helping these people to be able to decide their own future constitutes the principle upon which the Sangre de América Foundation.